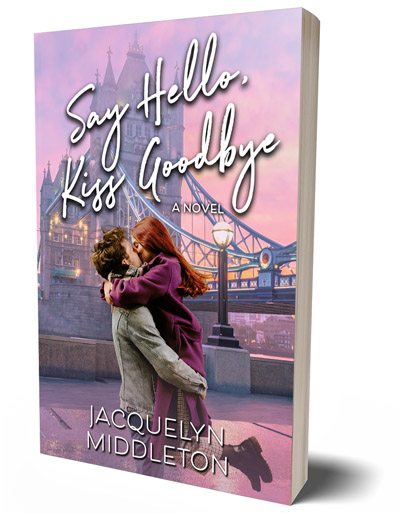 WILL HER FLING BECOME HIS FOREVER?

Leia Scott has sworn off love. Fresh from a messy, public divorce from her hockey player ex, the twenty-six-year-old fashion designer temporarily trades New York for London to heal and embrace her freedom. Her vow? To protect her heart, steer clear of relationships, and say yes to flings without strings. She throws herself into designing upcycled dresses and exploring London with her sister. But Leia’s carefully curated plan encounters a flirty complication with an irresistible British accent.

Wealthy, charming, and devastatingly attractive, Tarquin Balfour is tired of meaningless hookups and dates that go nowhere. For years, he has played the bon viveur with reckless abandon, throwing decadent parties, sleeping with a parade of women, and diving into extreme sports around the globe. But now the young property developer wants more. He craves love and commitment, to prove his kind heart matters more than the abundance of zeroes attached to his bank balance. Struggling with undiagnosed depression, Tarquin worries he’ll never find The One…until he meets his princess, a fashion designer named Leia.

Afraid of falling in love and fearful of being alone, Leia and Tarquin enter into an entanglement that threatens to hurt them both.

From Jacquelyn Middleton, the award-winning author of UNTIL THE LAST STAR FADES, comes a sexy story of love, second chances, gratitude, and finding beauty in the broken and the forgotten.

SAY HELLO, KISS GOODBYE is available in ebook and paperback.