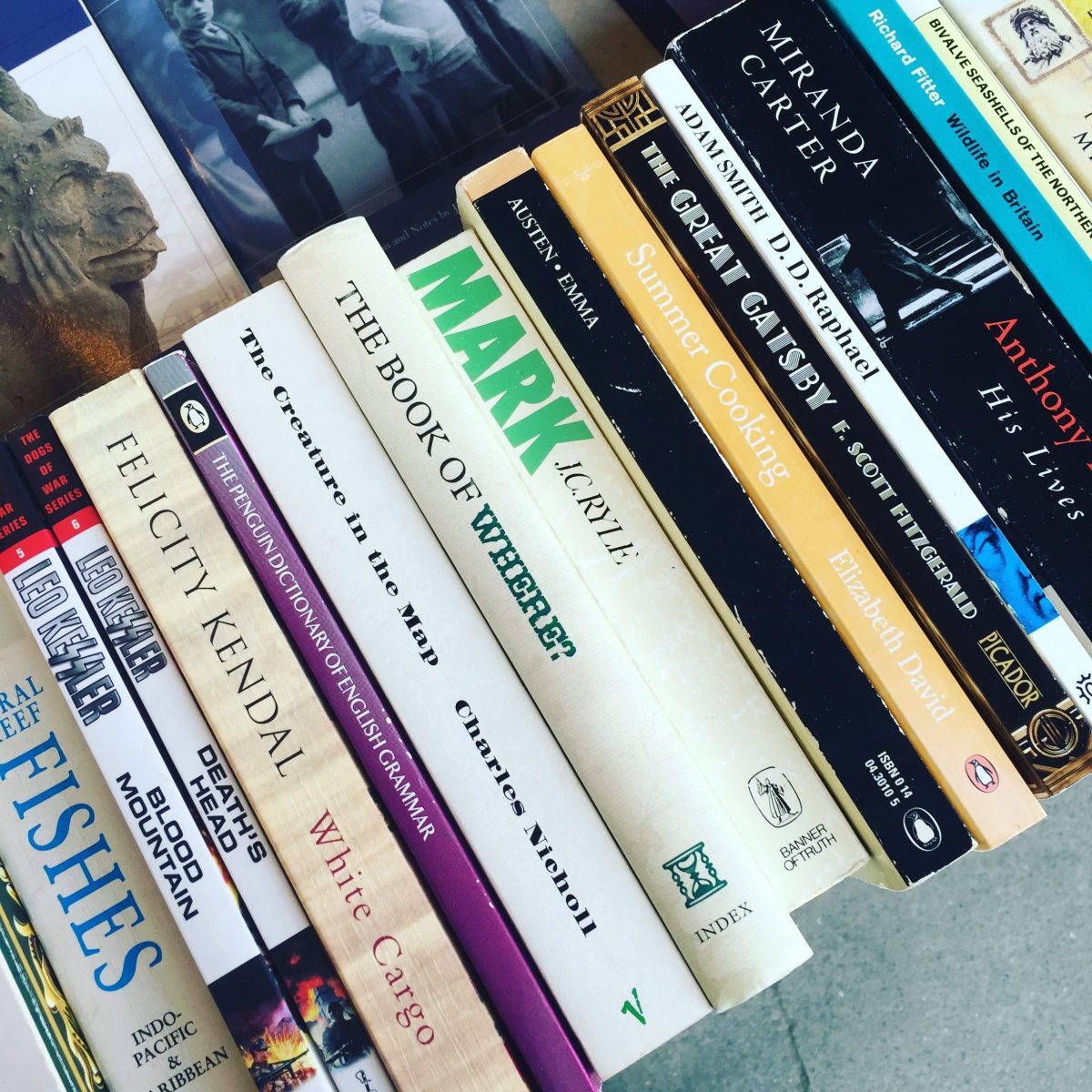 One of the fun parts about writing a book is how you can let your imagination run wild. You don’t have to stay rooted in reality and can make up shops, restaurants, even names of bands, TV shows, and movies (Cider with Rosie, Lairds and Liars, Equinox Ten, Full Throttle 3: Blood Lust, anyone?).

But since my books are romantic contemporaries, I like to lean towards the real opposed to the made up whenever I can. I think it gives a sense of authenticity to the story. Here’s a look at some items featured in my book that many readers think aren’t real, but THEY ARE! 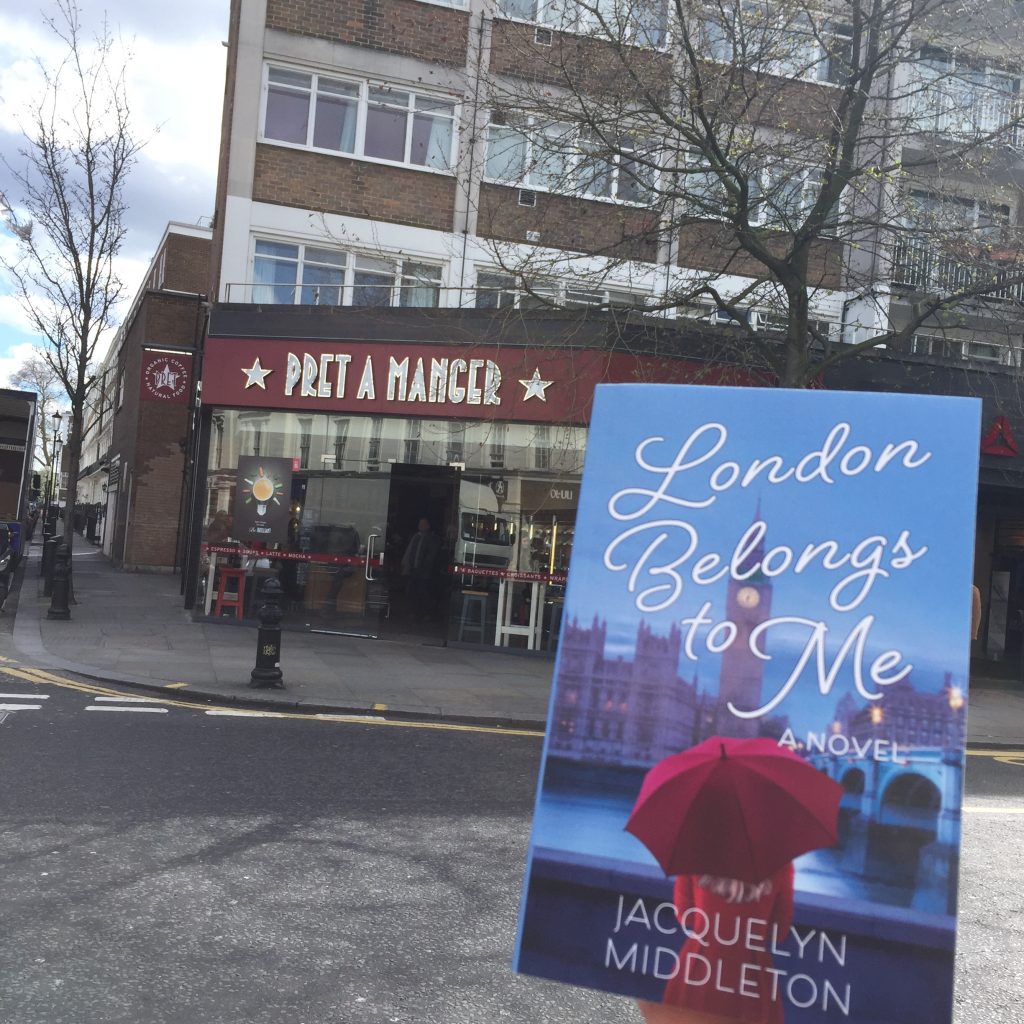 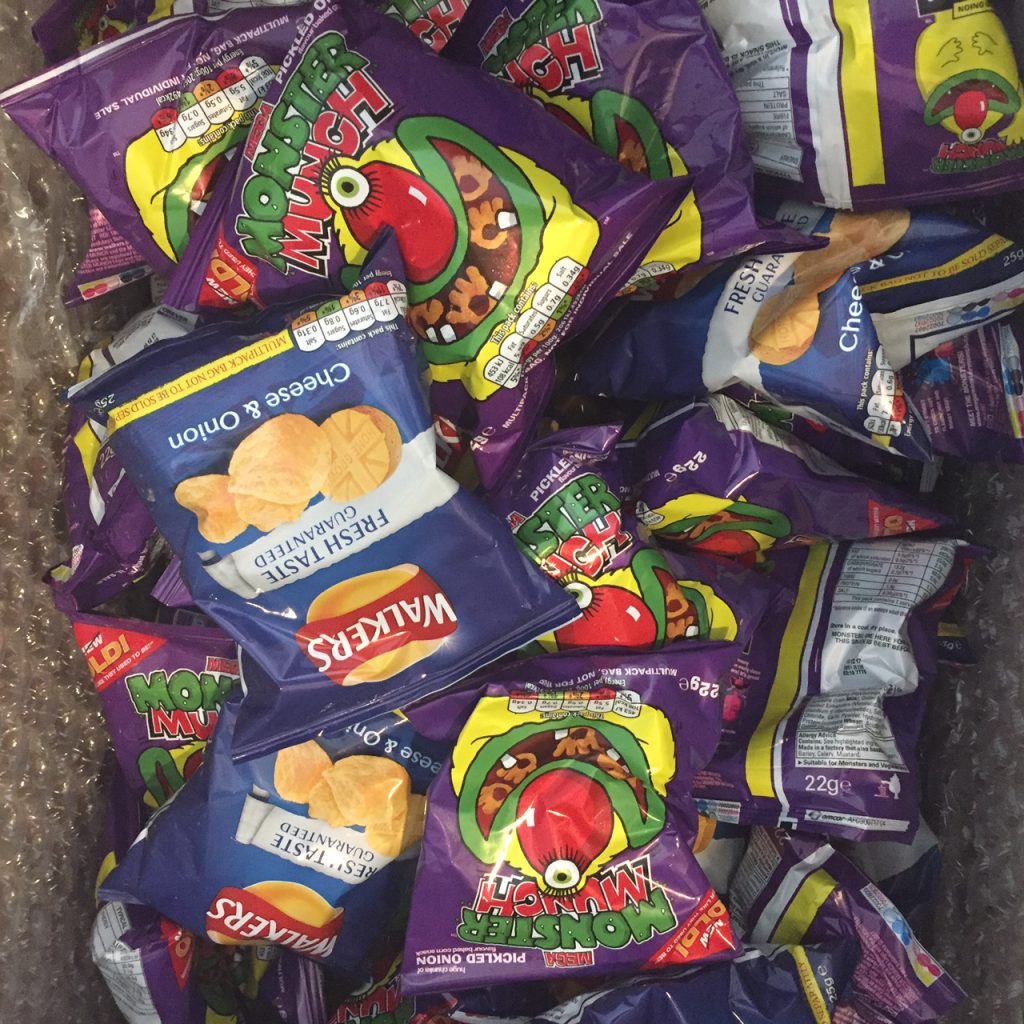 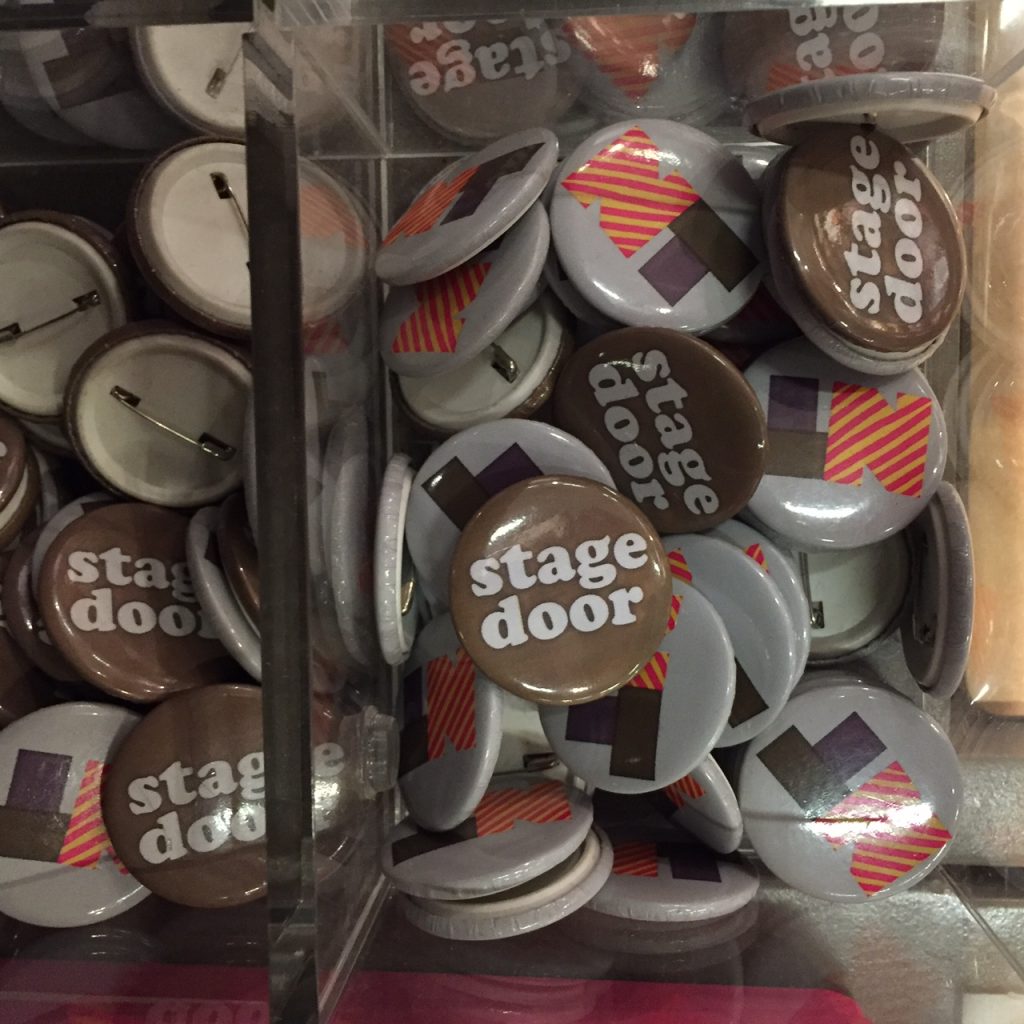 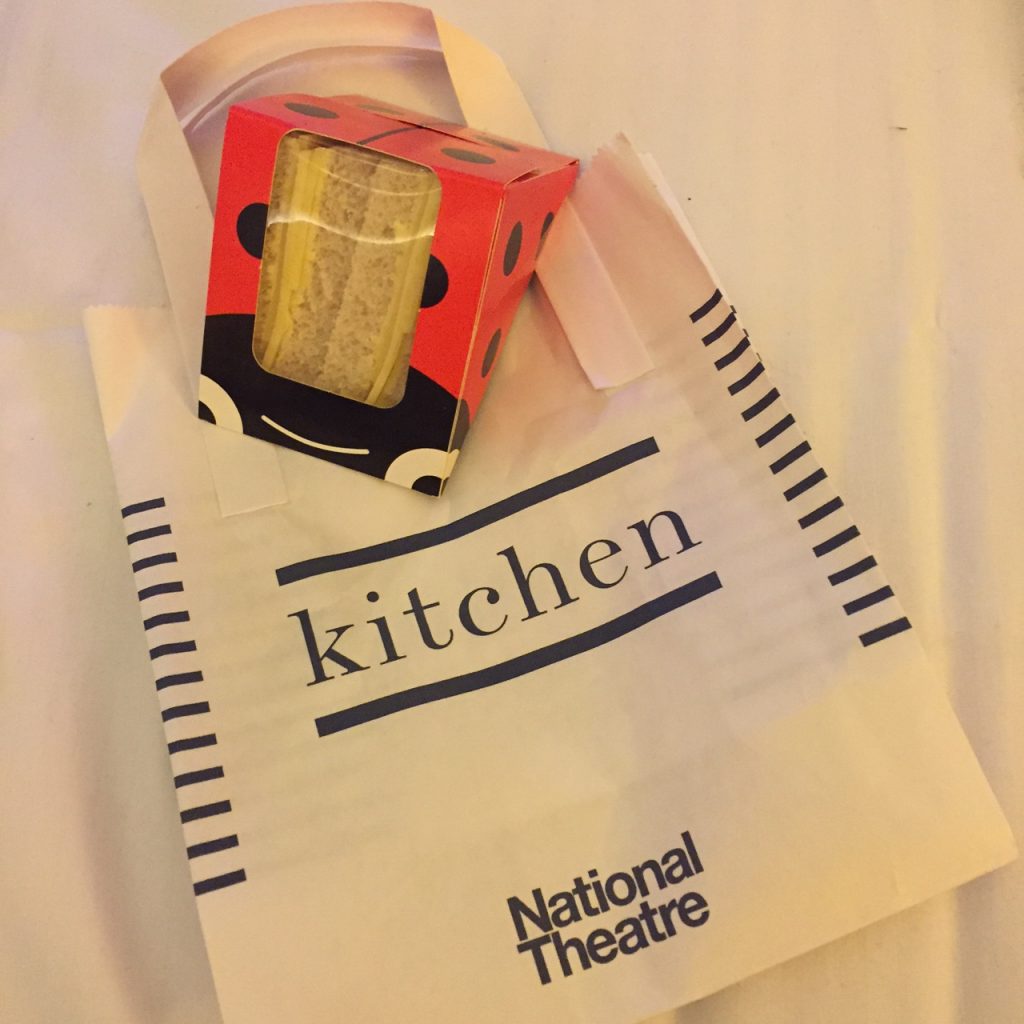 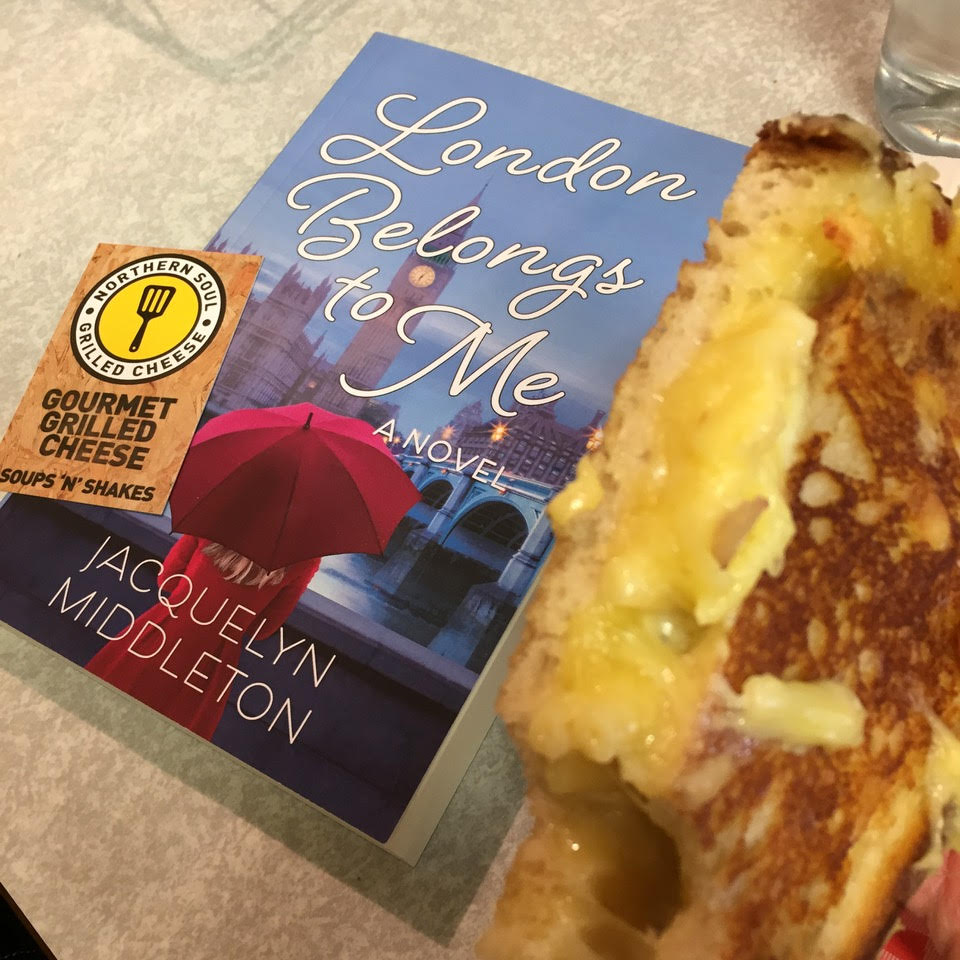 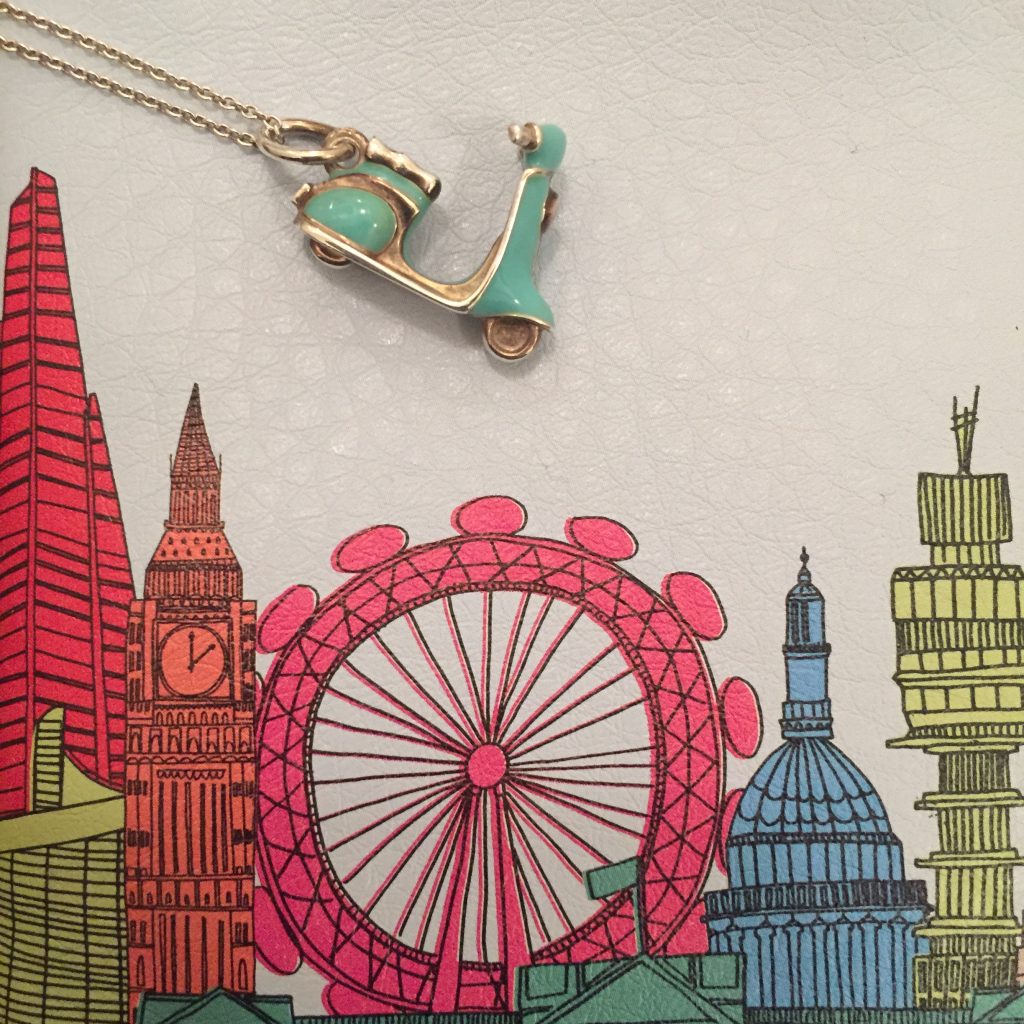 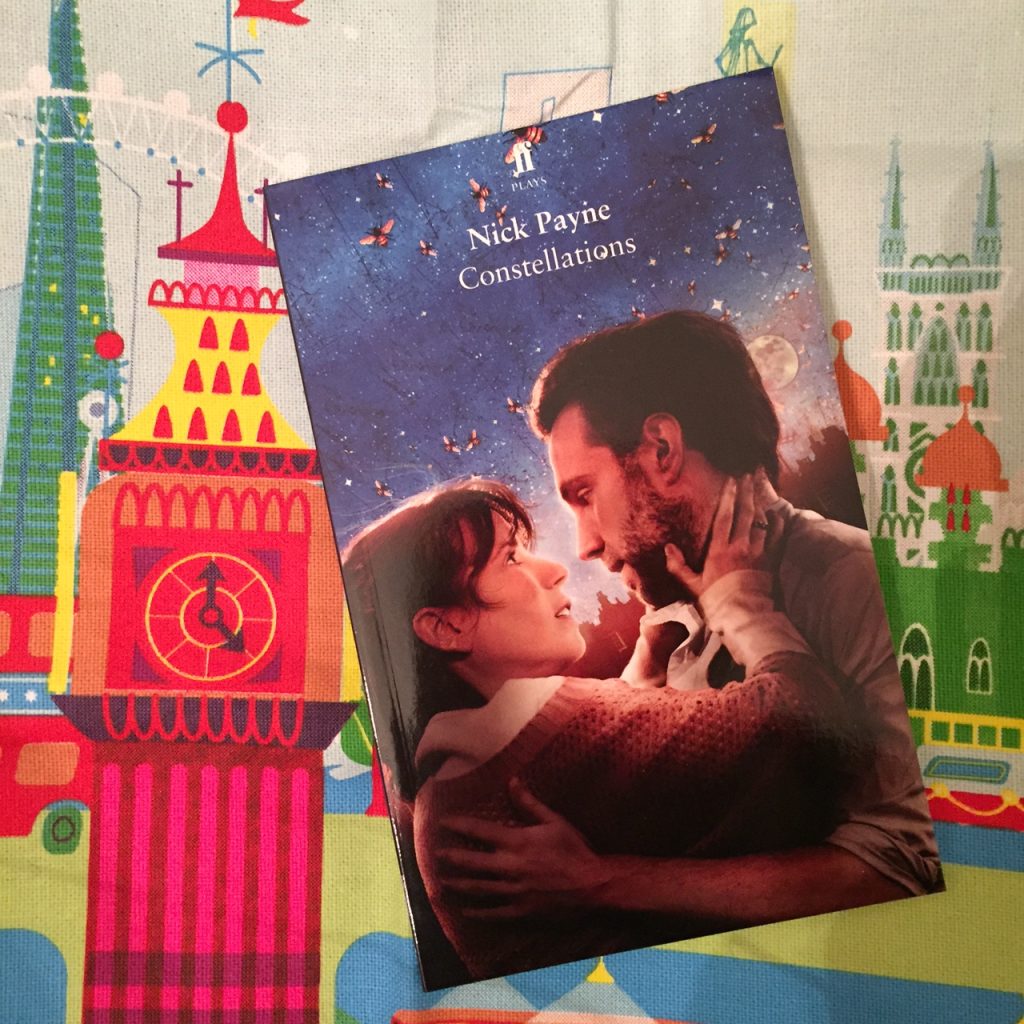 Constellations, the play that’s mentioned in LCYW is real! It’s a beautiful story and you can purchase the playtext online. 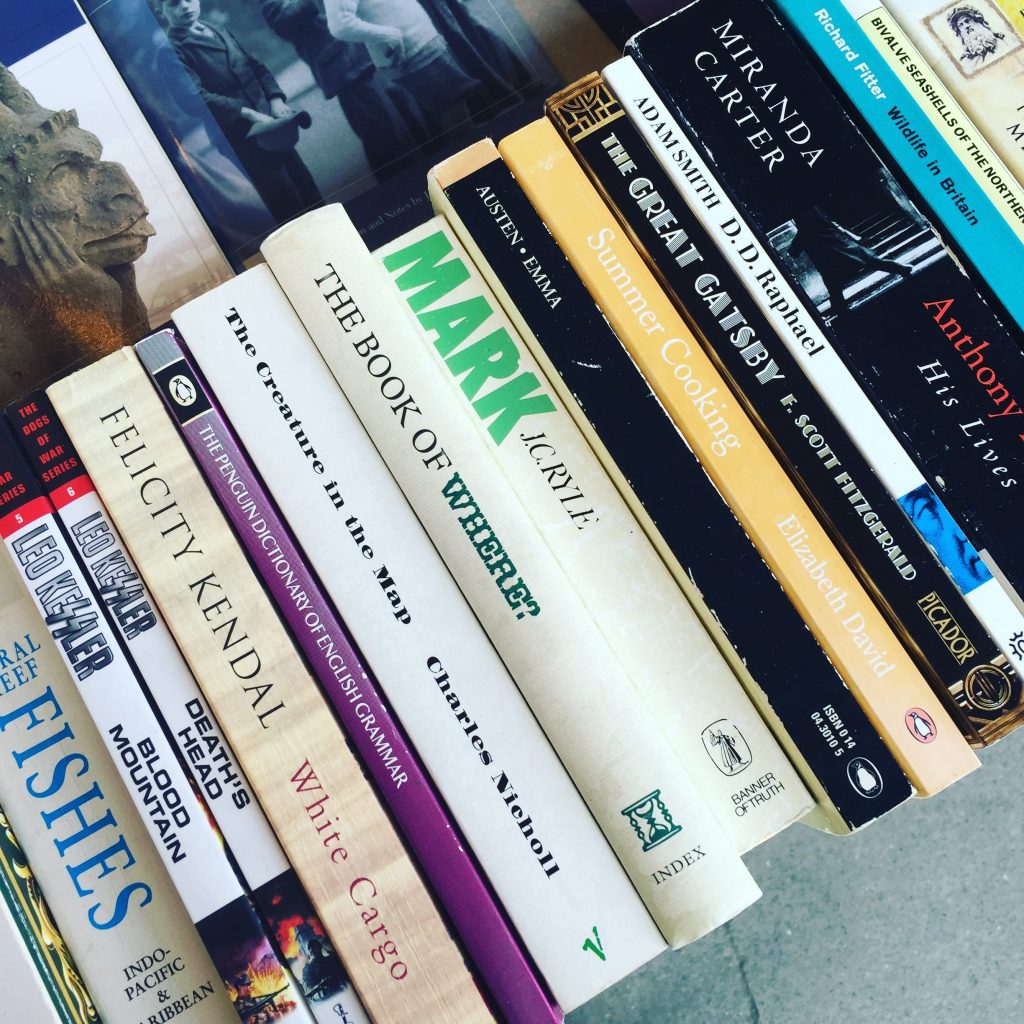 London: Yes! The MARK book is real! I spotted it in June 2016 on the secondhand book tables underneath Waterloo Bridge on the South Bank (LCYW) 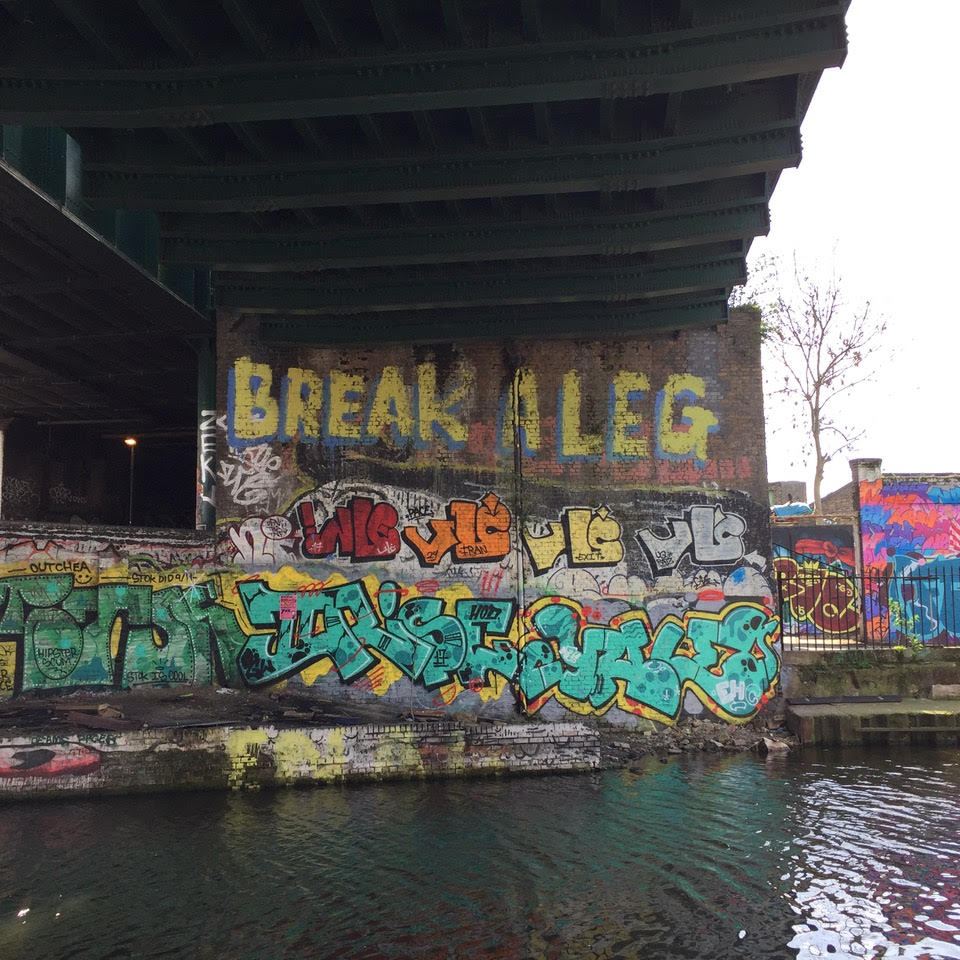 Remember this graffiti in London, Can You Wait? Rather fitting for a cast that includes a playwright and several actors. 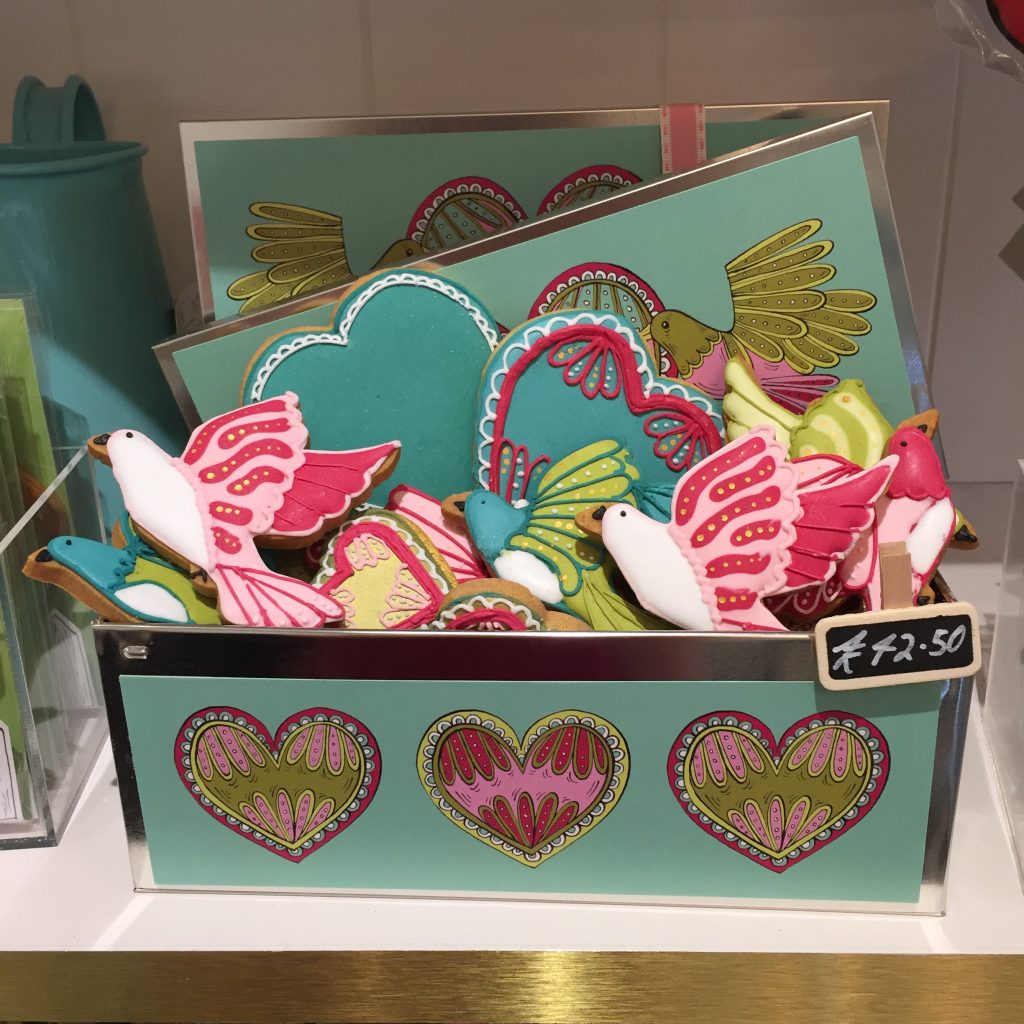 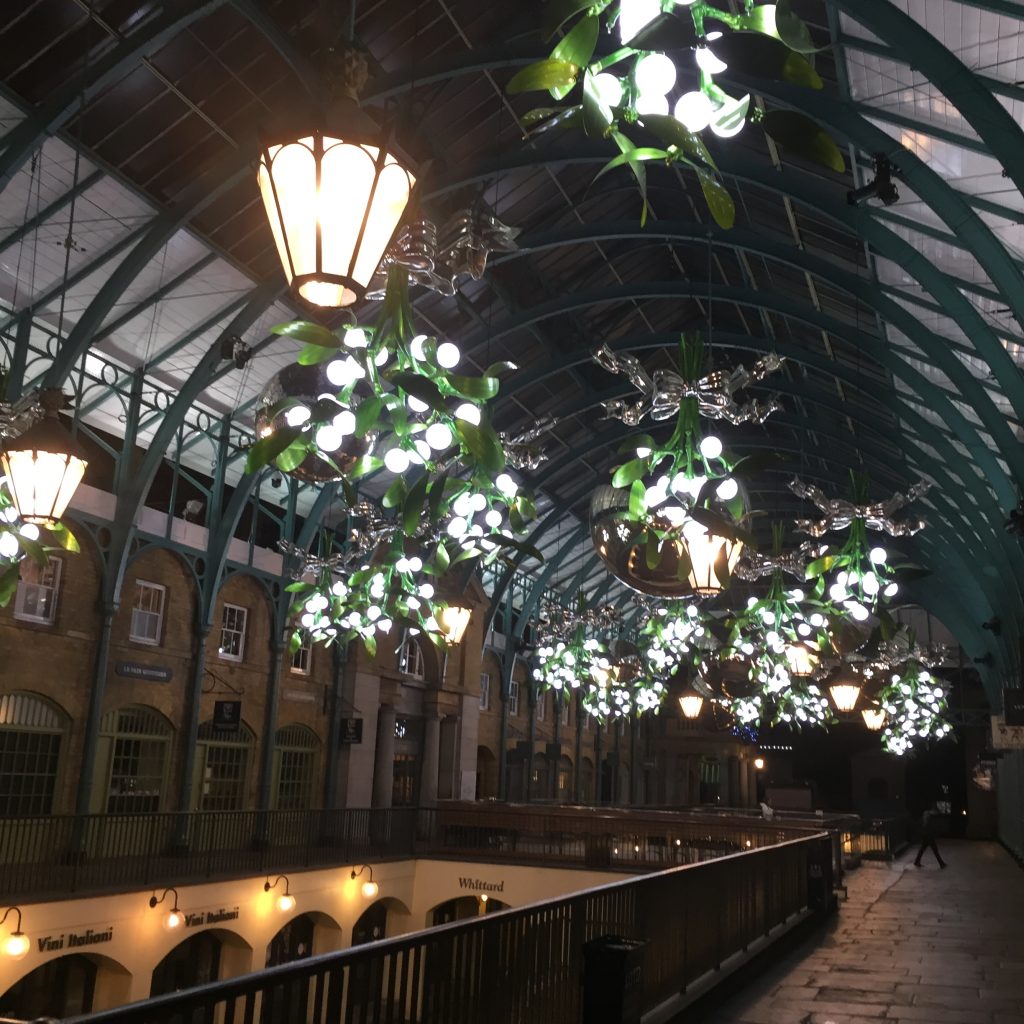 Like I’ve mentioned before, most places in my books are real including the flats where the characters live and the places where they work, but there are exceptions. Harry’s club Bespoke is not real, unfortunately. The café where Alex works in London Belongs to Me—Tasty Munch—is not real, however, its name was inspired by a real cafe called Tasty Munch that I saw in Reading, England. The restaurant where Mark works as a waiter in London Belongs to Me is real but I changed its name. Ah, the fun you have as a writer!

If you enjoyed this behind-the-scenes post, hang around—there’s more! Read about the pubs, theatres, as well as an in-depth look at the National Theatre and all the important locations inside that are so important to the story (yes, including THOSE stairs), London Fields, Manchester (Alex’s birthplace), Northern Soul Grilled Cheese, the characters’ fave foods and find out why the ‘meet-cutes’ in the book are based on some wacky, can-you-believe-it encounters I’ve had in real life. You can even listen to the books’ playlists. Enjoy!

(all photos by Jacquelyn Middleton)